The family-oriented athletic and social club is a place its members call home and are extremely proud of. It is also one of Edmonton’s most iconic venues for special events due to its reputation and setting in the beautiful River Valley.

Originally built in 1959 and opened in 1961, the Club has undergone various upgrades over the years, but nothing quite as extensive and impressive as its latest $41-million modernization – truly placing it on the map of not just Alberta, but Canada.

"In 2014, the Royal Glenora Club [RGC] approached the bank to borrow funds for use towards much needed mechanical, electrical, and structural improvements. It was determined that the financial institutions would be more favourable to loaning funds if the Club considered pursuing a more comprehensive Master Plan rather than just addressing infrastructure deficiencies,” explains Bob Walker, chair of the RGC Redevelopment Committee and long-time RGC member. 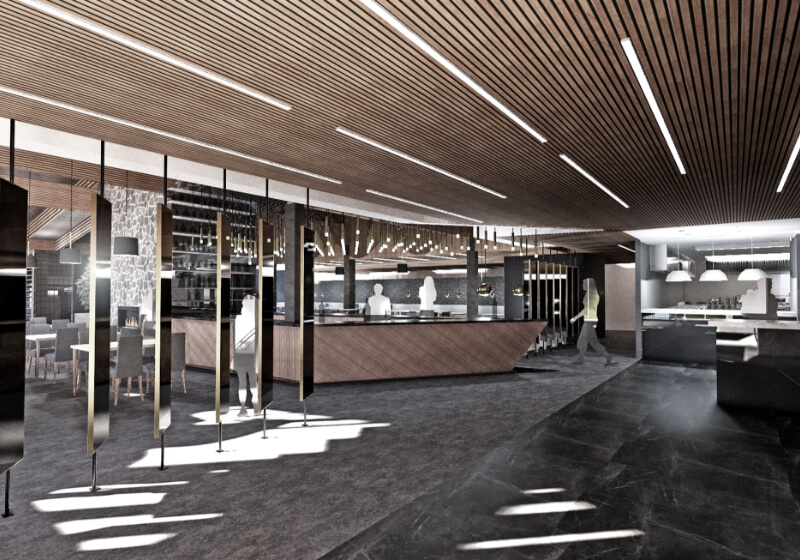 Following a member needs’ survey in 2016, RGC contracted Kennedy Architecture to provide conceptual designs for members to consider – and in November 2018 RGC members voted to proceed with the spending resolution for the Club’s first major redevelopment in many decades.

Due to the untimely passing of the principal of Kennedy Architecture, the design development was transferred to Arc Studio who came onboard at first to perform a program analysis. “It was a chance to better understand what areas were in need of modernization and how better to serve the members and the public,” explains Stephen Boyd, principal at Arc Studio.

While the design team received extensive and valuable input from membership, management, and industry consultants, Walker says that there were limitations on what could be constructed “as it had to be constructed within the original building footprint, with important logistical and permit considerations due to its location along the river valley.”

It was determined that the project would be constructed in two phases, all the while keeping the Club open: the first phase, that included a new fitness studio, was completed in the summer of 2020; and the second phase, which included new lockers, dining, bar, administration, child minding, and a new gymnasium, is scheduled to be completed summer 2022. 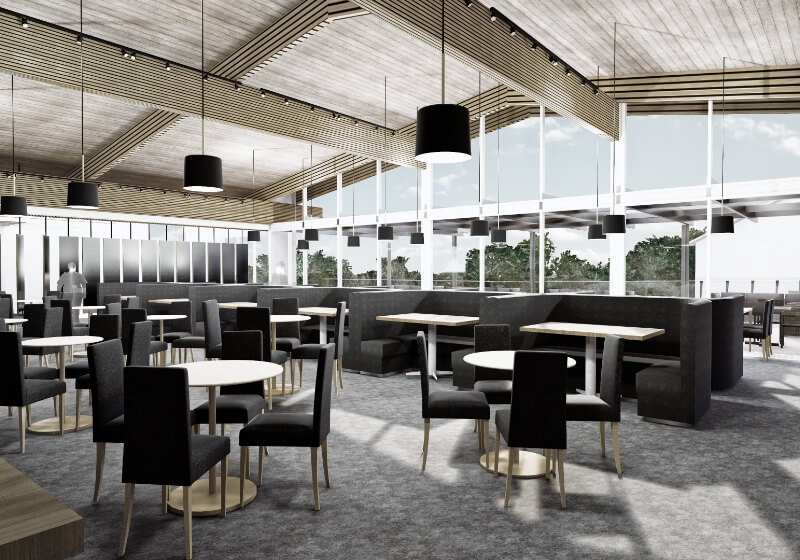 Carlson Construction was contracted to provide full construction management services and was involved from the early onset of the project assisting with design and constructability, value engineering, and cost budgeting.

Demolition began of the existing high solid masonry walls of the Club, which would allow the addition of a new ballroom and gymnasium using full height exterior glass – this in and of itself creates the most spectacular change to the appearance of the Club.

Both members and management worked closely alongside the architect to ensure the Club would retain a connection to its storied past, but that it would be modernized in a way that would complement its location and offer members of all ages a complete approach to sports and wellness.

“Some of the original glulam had been covered up over the years, so we wanted to bring that back to life and really showcase it. For the new portions of the Club we took those outside wood elements in, and designed what is essentially a glass box around the south elevation. This floor-to-ceiling glazing really is something else – it brings light streaming into the building, allows visitors outside the Club to see the beautiful sloped ceiling inside, and exposes views to the River Valley. It totally changes the appearance of the club,” says Boyd.

It was decided that the Club should have two main entrances: a member’s drop off entry that takes them to the main reception desk; and adjacent to that, a new entry for non-members and visitors with a dedicated staircase and elevator that takes them up to the ballrooms. 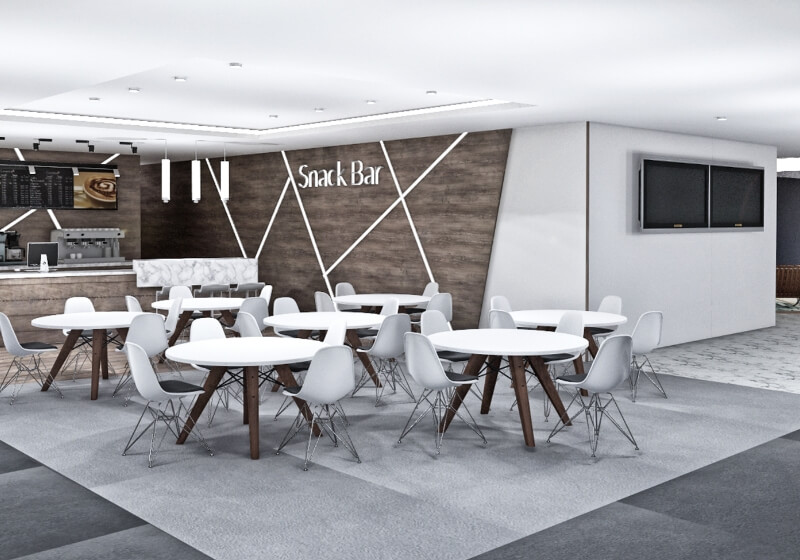 Heading inside, this nod to the past can be seen throughout; from the wood roof structure that runs throughout the club that had been covered up and has now been refreshed and refinished, to the winding staircase that takes members up to the large dining area, bar, and lounge with the existing stone fireplace that has been cleaned and repointed.

“Even the existing mature front entry evergreen trees that required removal have been re-purposed into a new life as the dining tables in the new dining room and lounge. This specialized work was completed by TruWood Artisans in Edmonton,” says Walker.

As with any modernization of a building of this age, challenges arose. “There were many surprises with the existing infrastructure that were not foreseen at the onset. As a result, the scope of work needed to be adjusted to meet the approved budget,” says Wayne McDaniel at Carlson. In fact, in some ways it was like excavating an old site in that as layers were peeled back they found “one area had three ceilings, another area had four layers of floor covering, while in another area, an electrical panel had been completely hidden in the wall,” explains Boyd.

McDaniel adds that there were many areas that had to be structurally reinforced and 30 percent of the old roof is new. The electrical service and distribution to the building is brand new along with new mechanical equipment and systems for all the new additions, as well as the renovated areas. The indoor sprinkler system has also been upgraded to improve fire safety.

To a new member and visitor, it would be easy to mistake the Club as a new build, however for existing members those subtle tie-ins to the past remain clear and dear to them, while they can now enjoy a building that resembles one cohesive and contemporary project.

“This is more than a renovation, it is a complete metamorphosis of the 60-year-old facility. As the project nears completion, members are now able to fully appreciate the complexity, size, and stunning architecture. They can have a sense of pride when inviting friends and business associates. The renovation once again solidifies the Royal Glenora’s reputation as Edmonton’s premier athletic and social club,” says Walker.